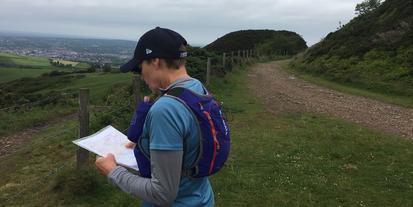 Yesterday our last race of the 2017 Series on Kinder. The theme for this one surely has to be the weather. It looked great for race day the week before. But then it turned out a bit differently - snow, hail, wind, rain. This was probably the toughest race we have organised. 35 people were late and some up to almost 6 hours. Luckily everybody made it back safely, although we did have one case of hypothermia to deal with. Despite the conditions everybody seemed happy after they had their soup & cakes. Lots of conversations about deep snow, which route. As we couldn't use the Kinder plateau, we had to make an A3 map to enable runners to go round Kinder. However because of the weather not many people managed to do this, less than 10 attempted it and only a couple made it back on time. Setting out and collecting controls was interesting as well as you can imagine. We look back to a great 2017 Series. Brilliant to have Kong as sponsor. Getting access was difficult this year, but we did find some great locations again. Next year for the first race to North Wales, a new area for us. 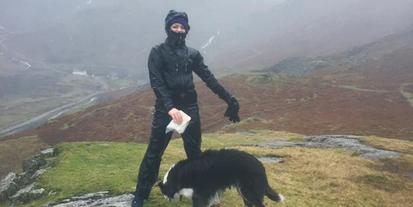 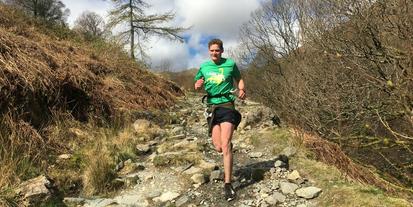 Today our third race of the Series. This time in Wasdale. What a beautiful area. Probably the most beautiful area of the Lakes I have seen. The lake, the massive mountains including Scafell, deep valleys, high ridges, and lots more. Originally we planned this race on Blencathra, but problems with the commoners association meant Alison had to find a new area late in the day. Thank you to the National Trust who have been incredibly accommodating in giving us permission for this race. We arrived Friday and camped on the NT Wasdale Head campsite. The weather was reasonable this weekend. Not like the Bank holiday monday BBQ temperatures in London (29 degrees I believe), but most of the weekend was dry. We had just under 200 runners this time. The atmosphere was relaxed. The route choices plenty. On asking, runners went everywhere on the map. Parts were very steep, others had lots of tussocks. And as usual the cakes and soup were appreciated! Up to last one of the Series in November. Oh Yeah - Joss Naylor, fell running legend, came out to the start, fantastic! 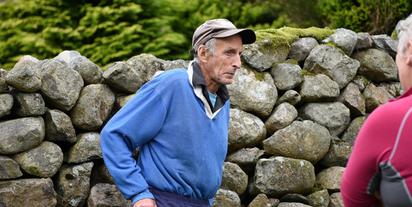 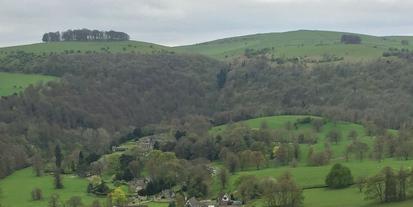 On Thursday Alison left for the Lakes with the controls, followed on Friday by Erwin and Janneke. Thursday was a wash out and Alison lost Basil her dog - fortunately he returned on Friday after 24 hours on the fells! Friday and Saturday were better. We had a great time on the fells setting out the controls. Then the big day, everybody, all 11 of us woke up at 5:45 am to get ready for the race. Luckily we had already set everything up the evening before. By 7:30 am the first runners turned up for registration. A slow start, but followed by a hugh rush around 9 am. About 280 runners make it to the start. And what a day. It is sunny with very good visibility out there. Very different from the February race when we had snow and mist on the tops. Around 12 noon the first runners are returning. Unfortunately another lost dog - this one also gets found, but only at the end of the day... Everybody is slowly returning back and enjoying cake and soup outside in the sun. The winner Neil Talbott and a few others are amazing. How can you do 705 points and 21 controls in 4 hours. It took us 3 man days to put them out!

Today our first evening Mini Mountain Marathon of the year. In Dovedale again. It is always nice to do this one in our local village and show people how nice the Dovedale area is. And it is more hilly than you think! Quite a few people found this out during the race... The day started very nice, but soon turned cloudy and rainy. Alison and I set out the controls. Took us about 7 hours between the two of us. Then back home setting up the computer. Alison and Janneke were stressing to get the cakes finished as we decided this year to also make 'cake-prizes'. Then to the Old Dog where by now the weather turned into a beautiful evening, brilliant! Most runners turned up in the first hour, just over a 100 in total. We had quite a few parent-child combinations this year. The two hour races are ideal for this. Some of the scores were fantastic again. Dark Peak FR dominated the race. Richard Hunt scored 411 points to win the race. Around 9 pm we had everybody back. Lots of people commented on the spectacular views...and the cakes. Up to hour second evening race!

Early March already, nearly Spring! Well, not sure. Today we did a great little fell race in Hope running through mud and with a snow storm on the top. Fantastic! We recced Coniston early in January, but Ellie, Max and Alison went out 2 weeks ago. It was a bit let's say wet and windy!!! Hopefully race day will be better. The area we have found is again a different one from the ones in the past two years we have been organising these races. Alison keeps coming up with great new areas. This way you and we see all of the Lake District. Coniston is a beautiful area with some of the biggest mountains like the Coniston Old Man, but also beautiful tarns, riches and all the nice things the Lakes throw at fell runners - bog, mud, heather - you will love it. There are however also some really good runnable paths. Looking forward to seeing you in April! 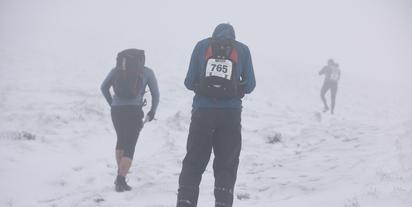 Today our second evening race of 2017. This time in a new area near Teggs Nose country park and Macclesfield Forest. A nice area with lots of reservoirs and different terrain. Very runnable, but also quite challenging with lots of hills, specially the climb back to the start. It took Alison two years to get permission for this area, so we were quite pleased to finally be here. Recceing today was nice and did also contain some coffee and cake at the Teggs Nose tea room... We had just over 100 people participating in the race. The race went well with the exception of a map mistake, where we put a road out of bounds for the fell run whilst trying to indicate that the Nordic Walking route was allowed to go over the road. This created confusion - apologies! The weather was kind, with some earlier rain today, it stayed dry in the evening and the temperature was good. Now up to our third big race in the Lakes - in Wasdale - we will announce the location tomorrow... 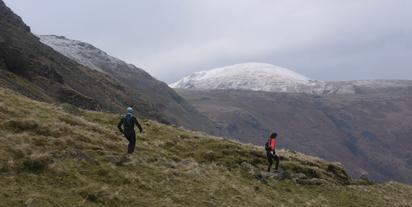 Only a week to go now until our first race of the 2017 Series. We are very pleased that we have found a new sponsor for our Mini Mountain Marathons, Kong Adventure. They are really nice and interested in fell running. Have a look in their shop in Keswick or on line. We have had some trouble with the area for the first race. Originally we planned the first race in the Peaks, but just before Christmas the area fell through. It is getting more difficult to organise these events in the Peak District. Luckily we could pull our April event location forward and we are very pleased to be organising the first race in Borrowdale, my favourite area in the Lakes. The race HQ is in the YHA Borrowdale, a great location if you haven't stayed there before. Feels a bit like a real mountain hut in the alps. The area is brilliant with many famous peaks. Let's see what the weather does of course as it could be snowy up there. Looking forward to seeing you all again this year!

We had a brilliant race weekend in Borrowdale. It was nice weather setting out controls on Saturday (although Alison had horrible weather on Friday!). However with the snow overnight some areas became quite treacherous, specially check point 20! Race day was good, foggy on the tops, but at least it stayed dry and it wasn't too windy. The YHA was fantastic. We could literally roll out of bed into registration - that's a first! Everything worked well on the day. It was good to see our new sponsors, Kong Adventure. They brought their mobile shop and just based on Alison's shopping, they had a good day!! Running was quite challenging with the snow and the steep climbs and most people completed about 1/4 to 1/3 of the course. Steve Birkinshaw and Neil Talbott however did over 1/2 of the course, just amazing! Today, collecting controls, was good, although very, very cold. Had to put on all kinds of extra layers and gloves to stay warm collecting controls from Esk Pike. But beautiful views. A good start of the 2017 Series. Thank you all for participating. 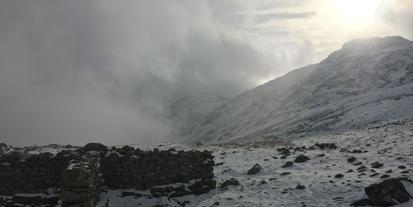